2-Days private tour to the Agra Taj Mahal and Fatehpur Sikri from Jaipur by car, explore Agra’s popular tourist attractions at your own pace. Visit ex-capital of the Mughal Empire, best known for its Taj Mahal, there are many other attractions too in Agra and all these attractions is the result of the history once unfolded.

Agra is a city in the northern state of Uttar Pradesh, India. The city is famous for being the capital of the Mughal emperors from 1526 to 1658. It is a major tourist destination for its many Mughal-era buildings such as Tāj Mahal, Agra Fort and Fatehpūr Sikrī, all three of which are UNESCO World Heritage Sites.

Your tour driver will pick you up from your preferred location in Jaipur and then straight drive to Agra. Upon arrival, will check-in to the hotel. Later we will proceed to visit Agra Fort, was built in the year 1573 under the reign of Akbar – one of the greatest Mughal Emperors. It is situated on the west bank of the Jumna River, about 2 km upstream from the Taj Mahal. Return back to your hotel and stay overnight.

Wake up early in the morning for a mesmerizing sunrise view over the marble mausoleum of Taj Mahal. The beauty of this spectacular monument is such that it is beyond the scope of words. After visiting Taj, you will return back to the hotel for refreshment. Next see the Tomb of Itimad-ud-Daulah, a Mughal mausoleum in Agra. Often described as a “jewel box”, sometimes called the “Baby Taj”, the tomb of I’timād-ud-Daulah is often regarded as a draft of the Taj Mahal. Later will drive back to Jaipur. En-route we will stop to visit Fatehpur Sikri and will explore its beautifully preserved forts, palaces and mosques. Upon reaching Jaipur you will be transferred to your hotel/airport with sweet memories. 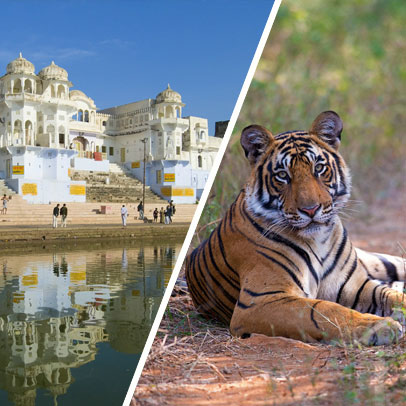 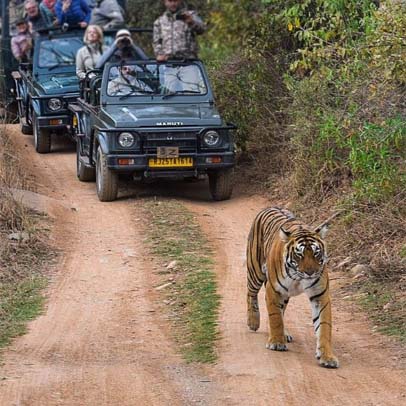 Get a chance to enjoy the safari in Ranthambore National Park through 2 nights and 3 days Ranthambore tour from Delhi. 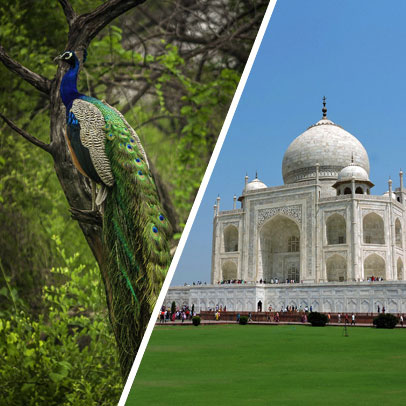 4 Days Jaipur Bharatpur Agra tour package is a perfect plan for the tourists who desire to visit the Bird Sanctuary with Taj Mahal. 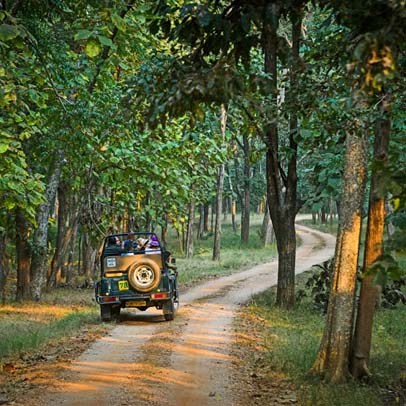