Day 01 – Arrive Delhi Indira Gandhi International Airport
Arrive Delhi and you will be met by our executive, with a playing card with your name on it at the exit. Arrival transfer to your hotel and check-in. After check-in night at hotel.

Day 02: Delhi – Jaipur
After breakfast check out & start half day city tour visiting India gate, Rajghat (the cremation site of Mahatma Gandhi ) and Red Fort. After that visit, The National Museum is one of India\’s most prestigious institutions. The Indus Valley Gallery displays many antiquities excavated from Mohenjodaro and Harappa, like terracotta toys, images and pots, jewelry, seals, bronze and copper implements and sculpture. Later on drive past President\’s House, Parliament House & Secretariat Building. Afternoon drive to Jaipur. Arrive Jaipur and check-in into hotel- In the evening we have arranged your dinner. Enjoy your hot & delicious dinner and overnight at the hotel.

Day 03: Jaipur
After breakfast visit Amer Fort – The royal family\’s residence at Amber. The palaces and forts of yesteryear, once witness to royal processions, now shine amid the splendor of modern monuments, a juxtaposition accepted quite naturally into the lifestyles of an amazing people. Ascend on elephant back, the hill, on which the fort is situated. Hawa Mahal or \”Palace of Winds,\” one of the major landmarks of Jaipur, although it is actually little more than a facade. The five-story building overlooks the main street of the old city and is a stunning example of Rajput artistry with its pink, semi-octagonal, honeycombed, sandstone windows. It was originally built to enable the ladies of the royal household to watch the everyday life and processions of the city. The City Palace, a large complex of courtyards, buildings, and gardens, and also houses an interesting museum. Adjacent to the City Palace is Jantar Mantar, the ancient astronomical observatory built by Raja Jai Singh, whose passion for astronomy was even more notable than his prowess as a warrior. Overnight at hotel.

Day 04: Jaipur – Mandawa (By road)
The morning after breakfast and drive to Mandawa. Arrive Mandawa and check-in at the hotel. Later visit Mandawa, founded 1755 by Thakur Nawal Singh and still the home of his descendants has beautiful frescoes, Havelis and mansions. Mandawa castle one of the finest castles of Rajasthan is now a hotel and house of collection of armories, costumes of ancestors, canons from 1820 ancient coins, numismatic collection and many other interesting items, preserved in a museum. Night stay at Mandawa.

Day 05: Mandawa – Bikaner (By road)
After breakfast drive to Bikaner. Arrive to Bikaner and check-in at the hotel. Rest of the day at leisure. Night stay at Bikaner.

Day 06: Bikaner
The morning after breakfast proceed for city sightseeing tour of Bikaner. Bikaner is named after its founder Rao Bika Ji in 1488. But long before this, the city was trade center on the caravan routes from Africa and West Asia. Bikaner’s dominant features are rippling sands and abundant sunshine. The city stands on an elevation, enclosed by a 7 Kms wall, which can be entered from 5 gates. Bikaner City is bolstered by imposing walls and has a 16th-century fort housing old palaces, temples and mosque. Founded by Raja Rai Singh the fort is distinguished by its long range of 37 pavilions, a line of balconies and aerial windows of varying designs. Also visit Lallgarh Palace, the museum, and Bhanda Sagar Jain and Deshnoke Rat temple. Night stay at Bikaner.

Day 08: Jaisalmer
The morning after breakfast proceed for city sightseeing tour of Jaisalmer visiting the burnished sandstone Jaisalmer, Throbbing in the heart of the Thar, is an intricately molded wonderland in place of barren land, today stands a city of gilded magic. The origins of Jaisalmer go back to the 12th century, when Rawal Jaisal abandoned his old fort at Ludarwa and laid the foundation of a new city. Visit the magnificent fort, the Patwon Ki Haveli (Mansion) and Salim Singh Ki Haveli, with their carved balconies and brackets, which are supreme examples of the art. Evening enjoy camel ride – along with culture program and Dinner. Night stay in Jaisalmer.

Day 09: Jaisalmer – Jodhpur (By road)
After breakfast drive to Jodhpur. Arrive to Jodhpur and check-in at the hotel. Rest of the day at leisure. Night stay at Jodhpur.

Day 11: Jodhpur – Mt. Abu (By road)
After breakfast drive to Mt. Abu. Arrive at Mt. Abu and check-in at the hotel. Rest of the day at leisure. Night stay at Mt. Abu.

DILWARA JAIN TEMPLE – These remarkable Jain temples are Mount Abu’s main attraction and among the finest examples include two temples in which the art of carving marble reached unsurpassed heights.

HOUSE OF ELEPHANTS – House of Elephants’, with figures of elephants marching in procession to the temple entrance. The later ‘ Tejpal temple ‘ is dedicated to Neminath, the 22nd Tirthankara, and was built in 1230 by the brothers Tejpal and Vastupal. The carving is so fine that, in places, the marble becomes almost transparent.

NIKKI LAKE – Nakki Lake is virtually in the heart of Mount Abu and is a big attraction with tourists. The lake takes its name from the legend that it was scooped out by a god, using only his nails, or nakh. It’s a pleasant stroll around the lake – look for the strange rock formations. On the lake there is a dilapidated concrete boat-shaped snack bar. Night stay in Mt. Abu.

Day 13: Mount Abu – Udaipur (By road)
After breakfast drive to Udaipur. Arrive to Udaipur and check-in at the hotel. Rest of the day at leisure. Night stay at Udaipur.

Day 14: Udaipur
The morning after breakfast proceed for city sightseeing tour of Udaipur, built-in 1559. A.D. by Maharaja Udai Singh and has been described the most romantic spot on the continent of India by Col. James Todd. Visit the city Palace Museum, the Jagdish temple, Sahelion ki Bari (Queen’s resort for their friends) Bhartiya Lok Kala Mandir (Folk Art Museum) and the Pratap Memorial. Also, enjoy the Boat ride at Lake Pichola. Night stay at Udaipur.

Day 15: Udaipur – Chittorgarh (By road)
After breakfast drive to Chittorgarh. Arrive Chittorgarh and check-in at the hotel. Later visit the magnificent 7th century Chittorgarh Fort. On way to the fort, you can see two chhatris or memorials of Jaimal and Kalla marking the spots where they fell while defending the fort during the siege of 1568. Other attractions inside the fort include Vijay Stambh (Tower of Victory) and the Kirti Stambh (Tower of Fame). Night stay at Chittorgarh.

Day 16: Chittorgarh – Kota (By road)
The morning after breakfast and drive to Kota. Arrive Kota and check-in at the hotel. Later visit to Kota. On the eastern banks of the Chambal River near the Kota Barrage, is located the City Fort and Palace. Within the city palace is the museum which houses a good collection of artifacts. The Kishore Sagar Tank built in 1346 and the Jagmandir Palace located on a small island at the center of this tank is other sources of tourist attraction. The Brij Vilas Palace Museum, Chambal Gardens, and the Chhatar Bilas Gardens. Night stay in Kota.

Day 17: Kota – Ranthambore (By road)
After breakfast and drive to Ranthambore. Arrive Ranthambore and check-in at the hotel. Rest of the day at leisure. Night stay at Ranthambore.

Day 19: Ranthambore – Agra (By road)
The morning after breakfast and drive to Agra. Arrive Agra and check-in at the hotel. Rest of the day at leisure. Night stay at Agra.

Day 20: Agra – Delhi (By road)
The morning after breakfast check-out from the hotel and proceed for city sightseeing tour of Agra; the home of the immortal Taj Mahal, the inimitable poem in white marble is the first expression of the love of an Emperor Shahjahan for his queen Mumtaz Mahal. This great monument was completed in 1653 AD. Agra Fort, the imposing structure on the banks of the river Yamuna is replete with priceless examples of craftsmanship in the Mughal period, including the beautiful pearl Mosque; it was designed and built by Emperor Akbar in 1565 AD. After sightseeing continues drive to Delhi. Arrive Delhi and check-in at the hotel. Night stay in Delhi.

Day 22: Departure
Morning departure transfer to the airport to board the flight for onward journey. Tour ends with sweets memories. 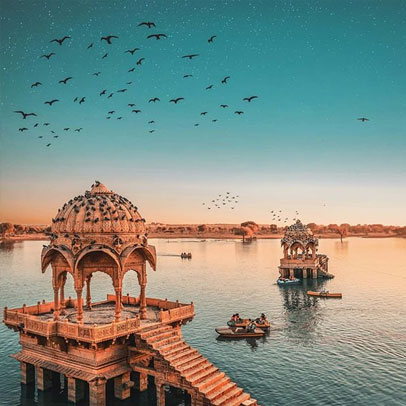 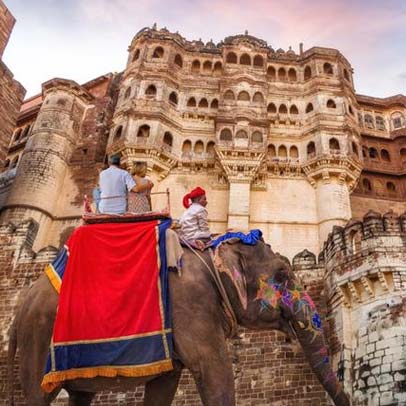 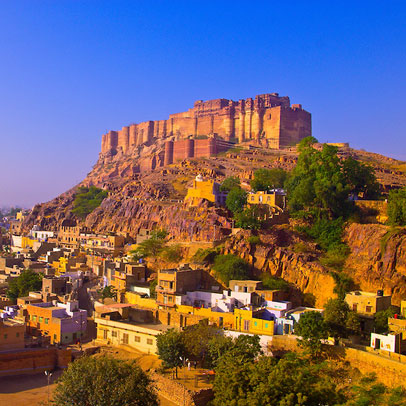